Focus – The Ultimate Key to Productivity

It’s 3 a.m., and you’re painfully grinding on that dreaded AP World History project that’s due tomorrow. If only you started the project days, or even hours before you did, you’d be sound asleep right now. What went wrong?

Procrastination. The dreaded act that seems all too familiar to us. Without a true sense of focus, it becomes increasingly improbable that we’ll be able to be productive. So in that case, what is the true solution to becoming productive. The ultimate key to productivity is simple: minimizing the distractions in life while maximizing your time allotted to doing work.

There’s no denying that all of us get distracted sometimes. The addictive nature of social media makes it nearly impossible to stop using these applications after you create the account. I vividly remember the times where my days felt like a repetitive cycle of switching from Instagram to Snapchat to Twitter to YouTube (maybe Facebook too for you strange people). The return I got from using the apps compared to the time I had to invest makes it clear that the decision to delete these apps was maybe one of the wisest decisions of my life. Now feast your eyes to a beautiful stock image that accurately depicts my days of procrastination and social media addiction, and my initial attempts to stop procrastination: 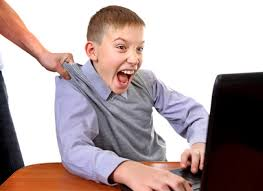 I have a tip to all the people that are always on Snapchat: end your streaks. I remember when I first got a Snapchat account, I was mesmerized by the concept of streaks. I thought to myself, I only have to send and receive 1 snap a day to each person to maintain my streaks; that’s almost no time at all! Nope. It might seem that maintaining Snapchat streaks is a quick and convenient process that simultaneously allows you to quantify your friendship with someone else, but this is completely wrong. Social media platforms are designed in a way so that users spend as much time as possible on that app, and Snapchat is no exception. After ending my streaks (hmmm, conveniently aligned with the time I was taking my first AP exams), I began to notice that I was becoming less and less drawn to using Snapchat. That’s when I realized that ‘streaks’ are a simple tool used by Snapchat to keep drawing users in, regardless if they really want to use the app or not. It might seem hard to abruptly end those streaks that you spent 526 days on creating, but the reality is that it’s undoubtedly not worth the time and effort you input on them (think about the opportunity cost my economic-oriented friends).

This leads me to another platform that used to endlessly suck my time: YouTube. YouTube is an undeniably useful tool. I can’t remember the amount of times I would have to YouTube a concept taught in school just before an important test (cough cough AP Biology). However, I would undoubtedly advise all students to try to limit their time watching useless videos on YouTube. I assure you that in 5 years, you won’t see any benefit in watching “Teens Try Not to Laugh #53”, so instead of investing 10 minutes into that, try and do something more productive. YouTube can be such a useful tool if you don’t waste your time watching useless, and don’t fall into the trap of clickbait titles.

The second step in this fairly simple process is maximizing your productivity. There are various ways to do this, and they all have the same end goal: making sure that you are able to do the most amount of work possible in a given time.

The first way to do this is to create a working environment that is organized, and makes sure you are focused as much as possible. I do this by removing anything that could be a distraction. For example, at my desk at any given time, you’ll see that it’s as clean as possible. I would only have maybe a textbook or two, my laptop, some paper and a pencil. By doing this, I’m able to limit all my distractions and ensure that I will be productive.

Next, try to make sure that you completely understand what needs to be done and in what order. The best way to do this is to create some sort of schedule that highlights on the presence as well as the importance of each task. For example, attempt to allot most of your time to the issues that are of most importance and with the closest deadlines. This way, you can make sure that the assignments that have to be done quickly can be completed and that the important assignments for the future can be completed too. A way to do this is to create tasks on an organizing app such as Asana, Trello, or simply and Apple or Google Calendar. By setting deadlines with tasks, a sense of urgency is created and you’ll want to complete your tasks quicker.

When working, try and put your phone as far away as possible so you won’t get distracted. Also, turn off all notification noises so you won’t be tempted to check.

One more tip: don’t try to study and play music at the same time. I’ve tried this (many) times, and it really does not work as well as you hope it would. I have attempted many times to cram for AP Physics while bumping some Kanye at the same time, and I have definitely noticed that it’s not as effective as you hope for. You’ll most likely get distracted by the words, and end up getting way too confused. This makes the entire session useless, and causing you to reread some passage 58 times before you can understand it.

By minimizing distractions and maximizing productivity, you’ll be able to be extremely focused and productive, meaning you only have to reread the passage on Implicit Differentiation twice instead of 73 times. Also keep in mind that this definitely doesn’t mean that you HAVE to stop using all social media. I completely admit that occasionally I redownload Instagram purely to look at the dankest memes, but be sure to minimize your time spent on these platforms in order to minimize distractions and be the most productive that you possibly can. Now once again, enjoy this beautiful stock image representing what you could be if you focus and become productive. 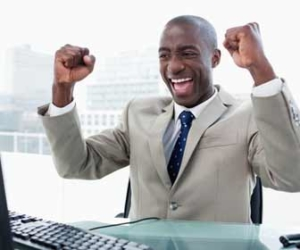